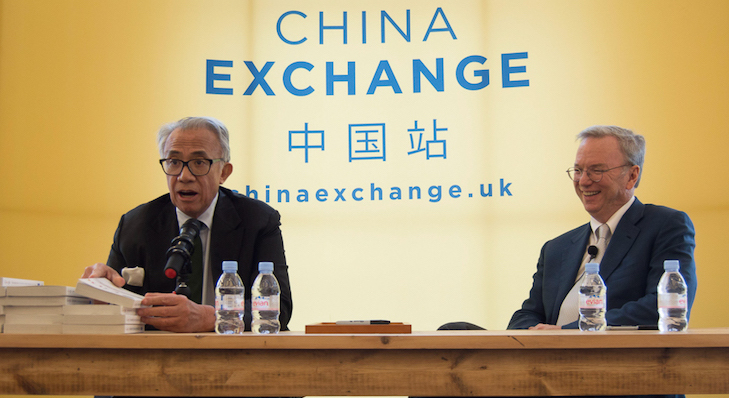 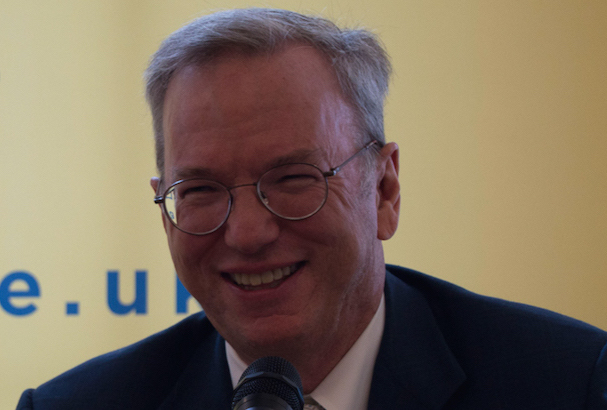 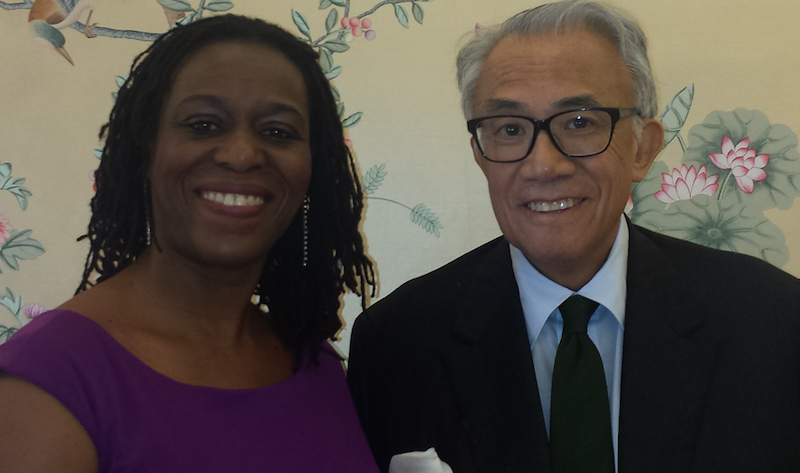 Inside the mind of Eric Schmidt, Executive chairman of Google – The 10 things I have learned

I  was lucky last week to get a last minute ticket for a sold-out event to attend a talk with Eric Schmidt at the Chinaexchange in London. The Executive chairman of Google is refreshingly free of any tech jargon when sharing his thoughts on a wide range of questions thrown at him by some of the 200 participants.

1. On digital addiction. Will there be a point when people will get tired of using their mobile phone everywhere? “We invented a new toy that is addictive,” Schmidt says. “I just want to remind people that there is a great feature on your phone, which is the off button,” he adds. “In my addiction to this, I have developed the capability to turn off the phone for 90 minutes over dinner.” He believes that everybody has to find his or her limit.

2. On data and machine learning. The Tech veteran who has been in the industry for 45 years says: “Computers are very good at counting the most popular things but they are not very good at predicting future things. That’s what human do best.” People create things. Computers use data to give smarter answers. “Don’t you want your phone to make suggestions?” he asks. “That’s coming very soon.”

He doesn’t buy into the fear that computers could overtake humans. For him, Machine learning will help us do routine stuff very well. “In order for something bad to happen, we would have to not be watching,” he says. And humans ultimately have control over these computer power systems.

3. On what business exactly Google is in? “We try to figure out what problems are really big in the world and find new solutions,” Schmidt says. The problem of diabetes in US is a major one and people have to test themselves for glucose. So a group of engineers are developing contact lenses to show the glucose level in the blood.

Google is in the business of solving interesting problems. And another major interesting problem is Renewable Energy, particularly solar panels and wind power in which Google is investing in massively although they are not building it themselves. Google X is looking at problems that affect a large number of people and can be solved in a decade.

For Schmidt it’s simple, if they can solve these problems it will make money somehow.

4. On education and its future. “The only way to get people to make better decision is about educating them,” Schmidt says. “We are not slaves of specific mouth piece of any particular site or any particular message. Each of us needs to be critical. That’s why we go to high school, to college and the education system is incredibly important.” But he recognises that traditional education needs to reinvent itself. In the world he foresees, students will watch videos at home and get in a classroom with a teacher to engage in a very sophisticated gaming and learn by collaboration. He says that there is great evidence that shows that Khan Academy method works better than high school education.“We should have hundreds of groups doing this not just one,” he says.

“For the world I am describing the only solution is education, relevant education ie critical thinking, knowing how to work all these things, learning how to search.“ But with so many courses and information online would we still need to go to school in the future? There is no hesitation and his answer positive as he acknowledges the important role of teachers and residential colleges. “Humans are not just computers or analytical spark like me, emotion and charisma matters. It may be possible in the future for computers to have charisma and inspire people but not in my lifetime. Teachers are incredibly important.”

5. On countries that restricts market freedom and tech companies. Schmidt reminds that an economy grows with a strong private sector, innovation and has to allow new entrants to keep the market competitive. He thinks some restrictions can be envisioned in certain situations but not to ban all together innovative start-ups from entering certain countries. He finds that politicians fight very hard to try to keep their jobs and think they would be better off allowing entrepreneurs to enter the market and bring new solutions to enable economic growth and drive job prospects.

6. On Information Neutrality. How can we trust the recommendations pushed when searching for a particular service or product that an actor with a vested interest will not manipulate the results? “The solution for that is enough competition,” Schmidt says. If there are enough of them one competitor can’t steer you towards his or her restaurant or salon or whatever. “Regulation only needs to come in if there is market failure meaning that there is not enough competition; regulation that promotes more competition,” he says.

7. On business value creation in the UK. Schmidt considers that there will be a lot of wealth creation in Financial Technologies in the UK and the service industry in general. But to reach its full potential we’ve got to make things easy.  The Google’s Executive has a simple way to evaluate a business potential: his mother’s test. Most ideas, he says, don’t survive that test. “My mother is perfectly capable of using dollars to purchase what she wants. Most of the systems have one too extra step that confuses her,“ he explains. Until you can answer the mum’s question your proposition is not good enough.

8. On London becoming the next Silicon Valley. He says that 70% of the global Venture Capital money goes to the Silicon Valley and the Bay area.  To create something similar, “there is a need to have a lot of people and great universities to have enough of the selection pressure to produce this environment”. He agrees that the UK has Oxford and Cambridge and many people from the continent choose to move here because the laws are easier on start-ups than elsewhere on the continent. So with this combination he considers that London is getting a critical mass. That’s the good news. He also says that it’s vital to have a set of companies to go public with billion pound valuation.

9. On Women in Tech. Why aren’t there enough women in Technology industry? Recurring question but difficult to answer as he says there are a lot of them in other sectors like medicine or biology. There must be some kind of bias, he thinks. Google has a number of initiatives including an outreach programme to try to make it appealing to women to become coders but he admits they have not made enough progress. “It’s much harder than it sounds to make this shift,” he says.

10. On how Schmidt is using Google. “I am working on a book on future science technology so my primary use of Google is there and I am learning a great deal about the subject. What is remarkable is not only there is information; you can literally become an expert at it which is extraordinary.”

Share your thoughts about any of these topics below.

This forum is the brainchild of the emblematic Sir David Tang, British knight and Hong Kong businessman, that Hannah Bett describes in her Evening Standard’s article as a ‘philanthropic flâneur’ who ‘has turned his little black book into this summer’s hottest intellectual salon’. Sir Tang wants to bring great minds in business, technology, economy, education, religion, arts, etc. to exchange with the public and have ‘intelligent conversations’ in the middle of Chinatown. Visit http://chinaexchange.uk/